We are recruiting a Staff Attorney, a Policy Fellow, a Research Associate & more. Apply today.

Homicide victimization rates for Black men, Black women and Indigenous women are consistently higher than for other racial and ethnic groups.

I wanted to compare homicide victimization across racial, ethnic, and gender groups over time, since this data is deceptively difficult to find in one place.

In the process, I found that the murder victimization rate for Black men is consistently higher than the rates for men of all other racial and ethnic groups have ever been: 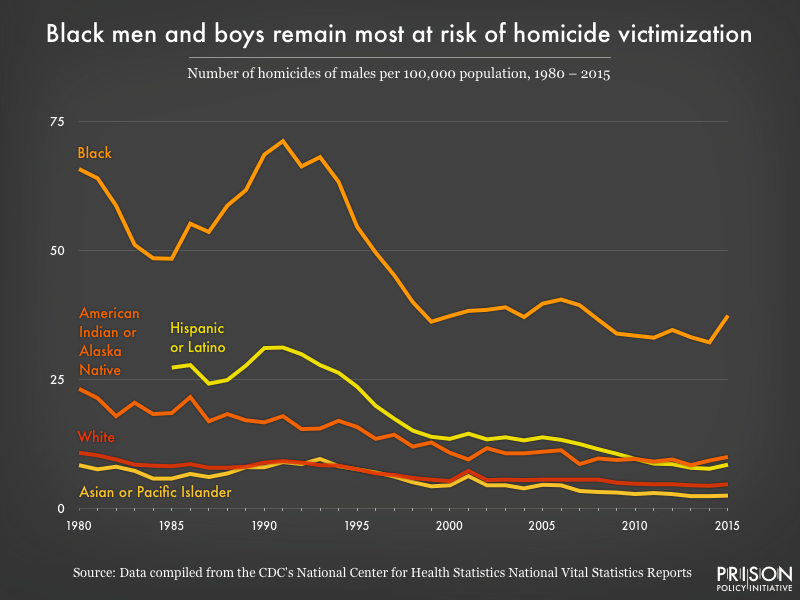 Despite a drop in overall murder rates, the racial disparities in male murder victimization rates have persisted. 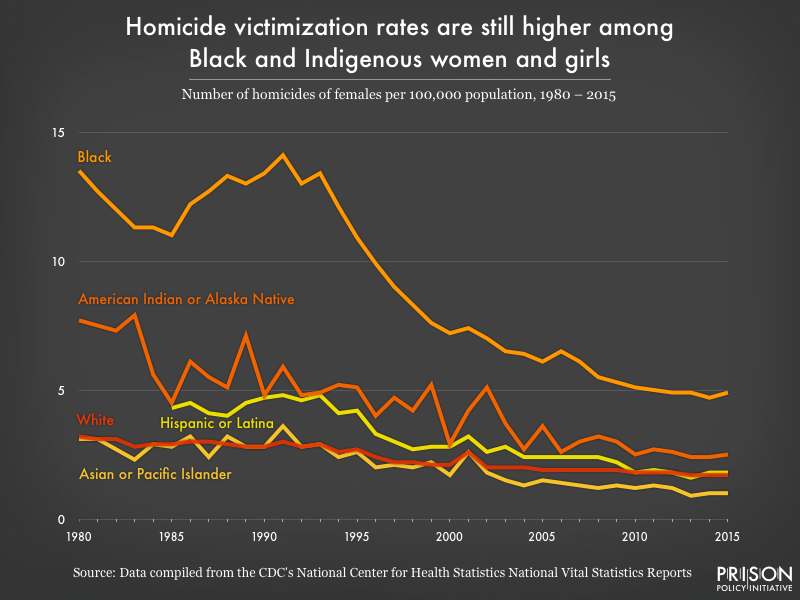 Overall, Black, Hispanic or Latinx, and American Indian and Alaskan Native people are murdered at much higher rates than their white or Asian and Pacific Islander counterparts.

Overall murder rates have been declining since 1980, when the total rate for murder and non-negligent manslaughter was 10.2 per 100,000 people. But the disproportionately high rate at which Black Americans are murdered should still concern lawmakers, reporters, and the public.

Unfortunately, conversations about about this problem often fall back on the assumption that violence in Black communities has cultural — or even biological — roots. But these assumptions aren’t supported by data.

Studies like these suggest that racial disparities in murder rates stem from a variety of structural causes, most notably economic inequality. (To dig deeper, see Krivo and Peterson’s study controlling for neighborhood disadvantage, as well as the Violence Policy Center’s recent study of Black homicide victimization.)