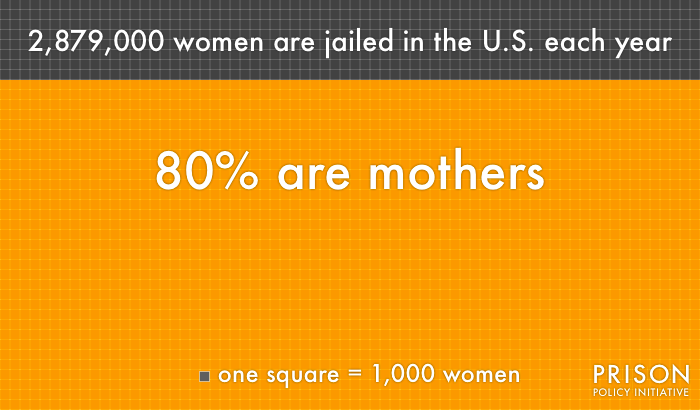 Data Source: Federal Bureau of Investigation, Crime in the United States 2016 (including supplemental table “Arrests by Sex, 2016”); and Vera Institute of Justice, Overlooked: Women in Jails in an Era of Reform. (Graph: Wendy Sawyer, 2018)

This graph originally appeared in Jail will separate 2.3 million mothers from their children this year.