Drew Kukorowski, attorney at the Council for Children's Rights, shares how he began working with PPI and why he joined PPI's board.

Drew Kukorowski is an attorney at the Council for Children’s Rights. He graduated from University of North Carolina School of Law and joined the PPI board in 2013. 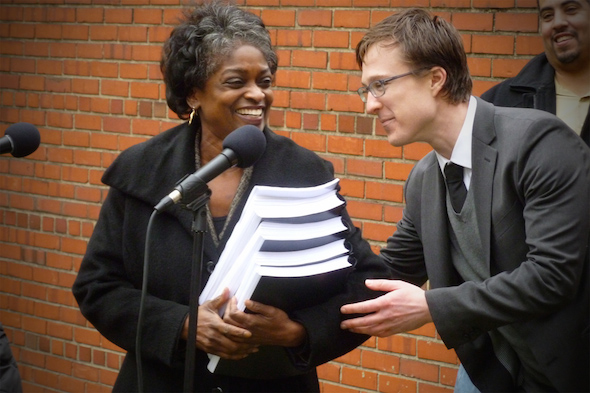 Why did you write your first report on the prison phone industry?

Drew Kukorowski: After graduating from law school, I returned to work with PPI on the project to end prison gerrymandering. During this time I became outraged that phone companies were colluding with state prison systems to rip off poor families. I saw a real need for a comprehensive policy paper, so in the evenings, on my own time, I wrote “The Price To Call Home: State-Sanctioned Monopolization In The Prison Phone Industry.”

What prompted the FCC to rule to regulate the industry

DK: After 13 years, the FCC finally responded to the tidal wave of political pressure from families, from advocates, from the public, from the media, and from members of congress.

What are the next steps for the movement for fair prison and jail phone charges?

DK: We need to ensure that the FCC enforces its ruling, expands the regulation to apply to in-state calls, and closes the door on any loopholes that allow companies to charge unreasonable fees to deposit money, request refunds, or even just to have an account.