We are hiring a Senior Engineer. Apply today.

New research ends the “Is it race or class?” debate about mass incarceration

Racial biases in the criminal justice system don't only apply to poor people, according to research from Harvard, Stanford, and the Census Bureau.

Racial biases in the criminal justice system don’t only apply to poor people, according to new research from Harvard, Stanford, and the Census Bureau covered in today’s New York Times:

“Black men raised in the top 1 percent – by millionaires – were as likely to be incarcerated as white men raised in households earning about $36,000.” 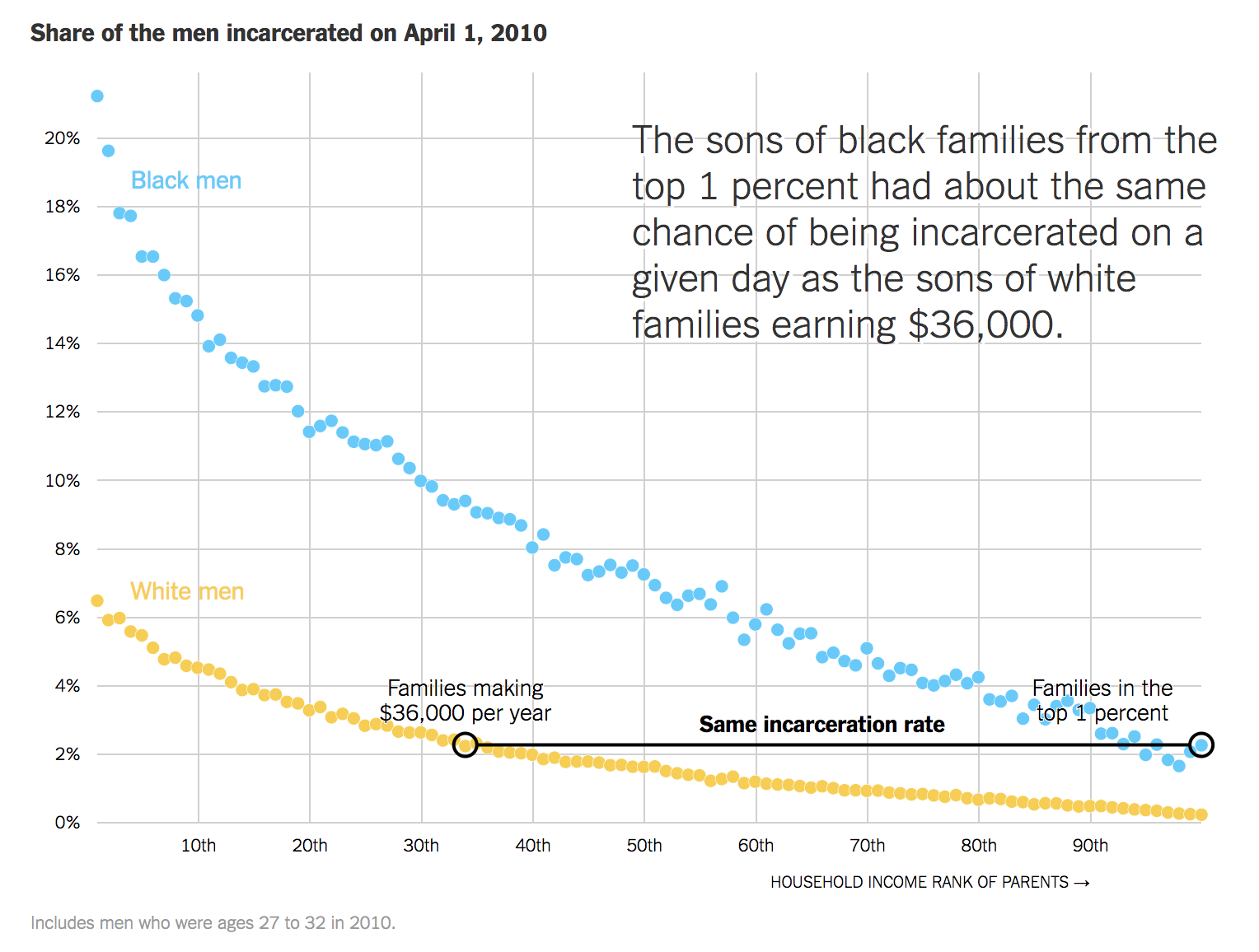 This helps explain why even Black boys from affluent families run a greater risk than their white peers of ending up poor. As a separate article in Race and Social Problems noted in 2016, the likelihood of incarceration is higher for Black people than for white people at every economic level. Incarceration also has a crippling effect on wealth accumulation, ensuring long-lasting damage to individuals, families, and communities of color.

While it’s critical that we explore the relationship between incarceration and poverty, it’s not so helpful to suggest that mass incarceration is driven by class “and not race.” As we point out in our Whole Pie report, the goal should be to implement reforms that both reduce the number of people incarcerated in the U.S. and the well-known racial and ethnic disparities in the criminal justice system.