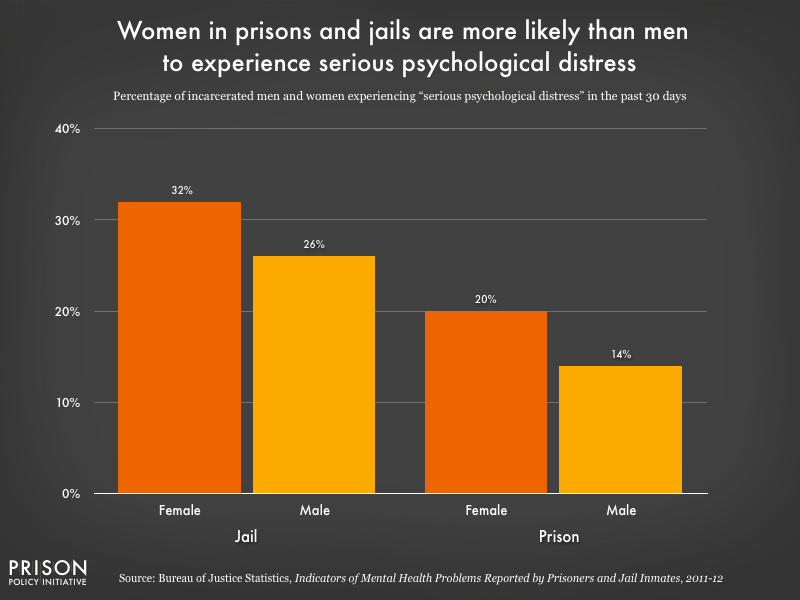 1 in 3 female respondents in jails reported experiencing symptoms of serious psychological distress – more than twice the rate of men in prisons.