Johnny Cash had his demons, but few understood the importance of preserving human dignity like the Man in Black

Johnny Cash condemns the corruption and brutality of prisons in the song "Jacob Green".

Frames from the Johnny Cash biopic. Note the missing shoelaces.

There is a new movie about Johnny Cash in the theatres now, Walk the Line. The trailer explains the importance of the film better than I can here, so I’ll let the trailer and the frames on the right of prisoners stomping their feet for Johnny Cash speak for themselves about the film.

This is as good a time as any to revisit our last article about Johnny Cash. When he died in 2003, we replaced the front page of this website with an obituary that highlighted what we then thought were two of his least known and most important songs, Man in Black and San Quentin.

Since then, we’ve discovered something rarer and even more important: Jacob Green. The song was first performed at a Swedish prison and released on the 1974 LP “Pa Osteraker” (Inside a Swedish Prison). In the U.S., the only place we know of to hear or see this song is in the recording of a 1976 concert at the Tennessee State Prison, A Concert Behind Prison Walls.

From that recording, here are the lyrics to Jacob Green:

I’ve learned one thing, that when a man is at rock bottom, when there is no place else he can go except up, that the only thing that is really important in the world to him is that somebody, somewhere cares. And with that in mind, I wrote this song about something that really happened to a 16 year old boy in the state of Virginia. It’s called Jacob Green.

Jacob Green got busted for possession
next morning early he appeared in court
But he was sent to jail to wait
to be tried at some later date
Next morning early, there came a sad report
At the jail they took away his clothes to shame him
and to make sure Jacob Green had no pride left
They cut of all his hair
Today they found him hanging there
afraid to face the day he killed himself

The European Court rules that the disenfranchisement of 48,000 convicts in British jails violates the European convention on human rights.

“Laws setting out who can and cannot take part in elections are to be rewritten after the European court of human rights today ruled in favour of giving British prisoners the right to vote.

“Ruling in the case of a former prisoner against the United Kingdom, the Strasbourg court said the disenfranchisement of 48,000 convicts in British jails violated the European convention on human rights.

“It said that with the exception of the right to liberty, lawfully detained prisoners continued to enjoy all the rights guaranteed in the convention – including political rights and freedom from inhumane and degrading punishment.” ….

Thank you to Rick Lines at the Irish Penal Reform Trust for the heads up about this exciting news.

Inmates in Templeman III, one of several buildings in the Orleans Parish Prison compound, reported that as of Monday, August 29, there were no correctional officers in the building, which held more than 600 inmates. These inmates, including some who were locked in ground-floor cells, were not evacuated until Thursday, September 1, four days after flood waters in the jail had reached chest-level.

“Of all the nightmares during Hurricane Katrina, this must be one of the worst,” said Corinne Carey, researcher from Human Rights Watch. “Prisoners were abandoned in their cells without food or water for days as floodwaters rose toward the ceiling.”

Today is the 50th anniversary of the death of Robert Elliot Burns, known as "The Man Who Broke a Thousand Chains", for his role in ending the brutal chain gang system in the South.

After the film’s release, he was arrested again after speaking out a a screening, but three successive New Jersey Governors refused to extradite him back to Georgia. He died of cancer on June 5, 2005 and is buried in a veteran’s cemetery in New Jersey.

The film, re-released on DVD on May 12, has renewed interest in his case, and, one would hope, the stupidity of bringing back chain gangs in symbolic form. 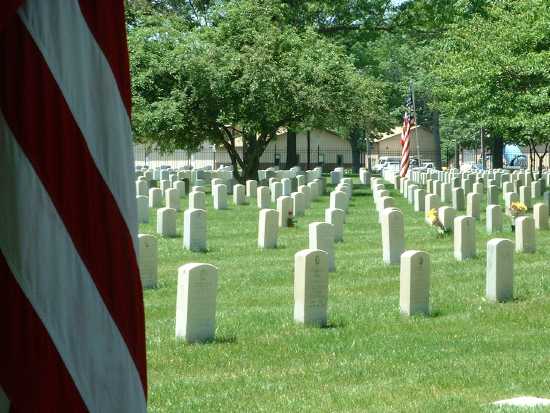 An Expensive Way to Make Bad People Worse: An Essay on Prison Reform from an Insider’s Perspective, book review

Book review by Stephen Healy and Peter Wagner of 'An Expensive Way to Make Bad People Worse: An Essay on Prison Reform from an Insider's Perspective' by Jens Soering.

Fiscal conservatives define “good government” as “small government”, so by using a simple cost-benefit analysis, Soering shows that locking up 2 million people fails to justify the $57 billion cost. While progressives may oppose the current criminal and penal systems for social and ethical reasons, Soering’s arguments have the potential to split the Republican party’s fiscally conservative base from its “get tough on crime” leadership.

Soering, a German citizen serving two life terms, brings a unique perspective that allows him to challenge common ideologically derived assumptions from both the right and the left. Soering place the US prison in an international context to show precisely how US prison policy fails us. While all modern societies have a “crime” problem, the United States stands virtually alone in relying solely on expanding its punitive incarceration system to address the problem. Soering explains that the prison population has grown not because of a growth in crime, but because of a complete systemic failure to prevent people already in the system from re-offending. The majority of prisoners who are released either fail to successfully complete parole or are shortly returned to prison after committing a new crime. Judged by any standard used in the marketplace, “corrections” is an abysmal failure.

Reducing poverty has proven results in reducing crime, because people with something to lose are less likely to commit a crime. But reducing poverty has been anathema to neo-conservatives like Bush. “The poor do not deserve it, and we can not afford it anyway,” they say. But from a fiscal conservative perspective, it makes good economic sense to end poverty. After all, the poverty line in the U.S. for a family of three is $13.22 a day per person. That’s supposed to pay for everything. By contrast, incarceration costs on average, $55.18 a day. Soering asks whether reducing poverty would be both cheaper and more effective at reducing crime. And of course, in some places incarceration costs far more than the average. In the Fairfax County, Virginia, jail, incarceration costs $130.00 a day. That’s quite a decadent expenditure by society, particularly considering that a night’s stay in a Walt Disney World no-frills resort can be had for only $119.33.

In an age where conventional “liberals” have adopted the neo-liberal “welfare reform” program, it is ironic that one of the clearest defenders of the social safety net is a writer with an ideological tie to the people who opposed Johnson’s War on Poverty. But as Soering points out, spending on education and other social services for the poor — not mass incarceration — is more in line with fiscally conservative social principles because social services do lower criminality and its associated costs. This is simply that the stitch in time saves nine.

Beyond the title, drawn from that of a white paper issued in the 1980s by Margaret Thatcher’s conservative English government, the book contains very little moralizing about “bad” people. That title will no doubt make some progressives wince, but it’s also a reflection of the genius of the book. It’s a fact of reality that conservatives believe some people are “good” and some are “bad”. While progressives might not agree with the fiscal conservatives about why crime exists, we can certainly agree that that the $57billion a year spent on corrections isn’t improving public safety.

This isn’t a radical book that questions how we define crime or one that imagines a new world where prisons don’t exist. Instead, the book is a highly effective indictment of the prison industrial complex as a massive failed experiment whose time has come and gone.

The Supreme Court today declared the juvenile death penalty to be unconstitutional.

The Supreme Court today declared the juvenile death penalty to be unconstitutional. See the article on Civilrights.org.

With great pleasure, we’ve removed our map of counties that execute juveniles from the front page of this site. 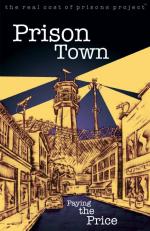