Help us tell the whole story of mass incarceration

Can you support our work this Giving Tuesday?

In a year when the hardships of American women have often dominated the news, one major issue is still off the national radar: women’s incarceration. Criminal justice discussions usually focus on men – and for understandable reasons – so it’s not widely known that women’s incarceration in America dwarfs that of most other Western nations. In every state.

That’s why last month we released Women’s Mass Incarceration: The Whole Pie 2017. For the first time, our movement has a big picture view of women’s incarceration that highlights just how many women are held in jails because they are too poor to make bail. Our report is fueling fresh criticism of the bail system and of the jail conditions that isolate women from their families. 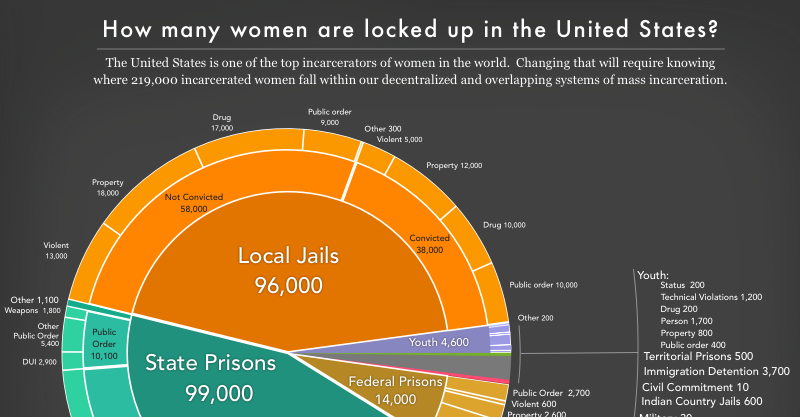 The Prison Policy Initiative exists to tell data-driven stories like these in order to make the moral case for ending mass incarceration. From giving the big picture on the criminal justice system to leading specific campaigns, such as protecting in-person visitation from the for-profit “video visitation” industry, the Prison Policy Initiative is at the forefront of the movement for criminal justice reform.

We are able to do this critical but painstaking work because of the investments of our donors. Can you join them in support of truth, fairness, and justice by making a gift this Giving Tuesday?

P.S. As a bonus, a group of donors will match the first $100,000 that we receive this season. That means any gift you can make will automatically go twice as far.