Mujahid Farid, the founding organizer of a campaign to reduce the number of elderly and infirm people in New York State prisons, died yesterday at 69. His Release Aging People in Prison campaign in New York State – known as the RAPP Campaign – was critical:

Release Aging People in Prison/RAPP works to end mass incarceration and promote racial justice by getting elderly and infirm people out of prison. The number of people aged 50 and older in New York State, where RAPP was founded, has doubled since 2000; it now exceeds 10,000—about 20% of the total incarcerated population. This reflects a national crisis in the prison system and the extension of a culture of revenge and punishment into all areas of our society.

I got to spend some time with Farid at a conference in 2014, and offered to use our knowledge of the New York State prison system’s data to help visualize what Farid already knew: that New York’s much-heralded prison population decline was confined solely to the population of people under 50 and the elderly were being left behind. We’ve updated that graph and analysis a few times, most recently just three weeks ago: 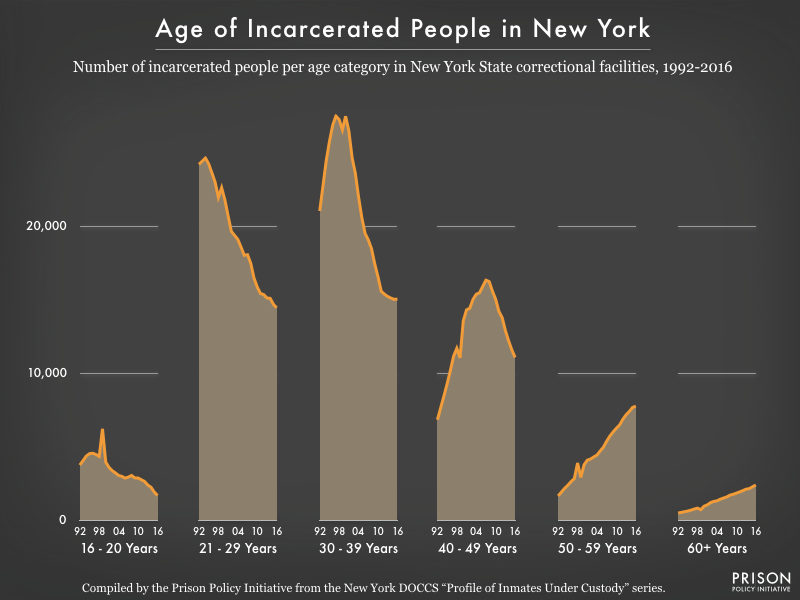 And at that same conference in 2014, Leah Sakala and I shot a short interview with Farid when the RAPP Campaign was just starting:

Each summer since, I’d see Farid at that same conference, and checking in with him was always a highlight. He’ll be greatly missed. Thank you for your work, Mujahid Farid.