The vigilante ethos behind 'Stand Your Ground' has very little to do with legitimate fears of crime.

The recent killing of unarmed African-American 17-year-old Trayvon Martin in Florida by a leader of a Community Watch program is sparking an overdue discussion about race, crime and Florida’s “stand your ground” law that makes it easier to shoot someone and claim self-defense.

The vigilante ethos behind “Stand Your Ground” has very little to do with legitimate fears of crime. 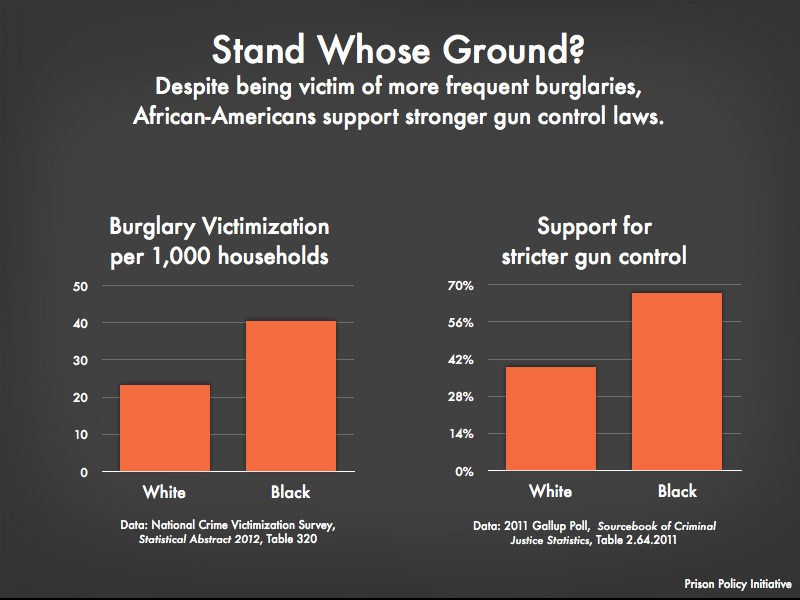 So which politically powerful group has the lowest incidence of burglary? Those with the most money: 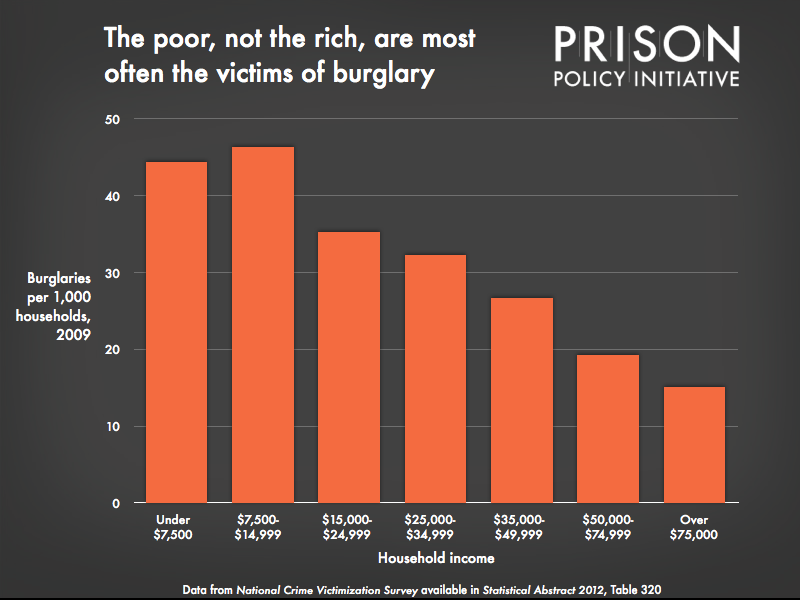 There is no question that having your home burglarized is traumatic and harmful. But we need responses to societal problems that make us safer. Neither vigilantism nor mass incarceration fit the bill. And in a truly just system, the communities that pay the highest price for crime would play the largest role in determining how we should address crime.