Some private prisons are, um, public.

Private prisons get all the attention, but the hidden truth is that many county jails are profiting off incarceration too.

Prisons owned and run by corporations that contract with state governments get far more attention than they deserve. But another huge provider of contractual prison services gets almost no attention whatsoever: local jails.

Yes, local jails. Nationally in 2014, 5.2% of those sentenced to prison were placed in county jails under contracts between state prison officials and local jails (compared to 8.4% with private prisons). In some states, this is big business for jails. In 2014, a whopping 51% of Louisiana’s state prison population was imprisoned in local jails. Or to say it another way, 75% of the jail cells in Louisiana parish (county) jails are used not for people serving jail sentences but are instead rented out to the state. And Louisiana isn’t alone:

In 15 states, over 10% of the local jail population was made up of people serving state or federal prison sentences in 2013. In 9 states, it was at or over a quarter of the jail population, in Mississippi it was over half, and in Louisiana the number was over 75%. Nationwide, 12% of the local jail population is actually there under contract with state or federal authorities. These figures were calculated from two Bureau of Justice Statistics data sources, the Mortality in Local Jails and State Prisons Series and National Prisoners Statistics Series.

The profit motive produces alarming effects. Local sheriffs rely heavily on state money to pad their law enforcement budgets and, as a result, have no incentive to support reforms to reduce the incarcerated population. In fact, the opposite is often true. 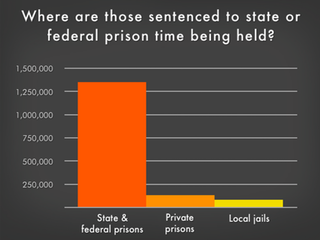 In Louisiana, sheriffs and wardens trade incarcerated people from parish to parish in an attempt to keep their jail beds full and the state money rolling in. It’s common for jail wardens to “make daily rounds of calls” to other parishes looking for incarcerated people to fill their beds when their jails are under-capacity. One Louisiana parish warden told The Times-Picayune, “I stay on the phone a lot, calling all over the state, trying to hustle a few.” Hustle a few incarcerated people, that is.

In Oklahoma, local sheriffs receive $27 per day for each person they hold for the state prison system, this makes up about 7% of some counties’ budgets. Sheriffs have gotten so dependent on the money from the state that they complained to the press when the prison system implemented reforms to reduce the state prison population.

And in Mississippi, in addition to the $29.74 per diem, the state “demands that local jails house state convicts who perform labor for free”. In some cases, incarcerated people perform city services, like picking up residents’ garbage. The Mississippi sheriffs see corporate private prisons as their direct competitors for a share of the declining number of people sentenced to state custody. The president of one county’s Board of Supervisors told the Huffington Post, “I think it’s political favors going around, the reason they’re doing that”, referring to his suspicion that state contracts were being given to private corporations rather than local jails.

In the end, the real harm is being done to those incarcerated. Local jails with profit motives are incentivized to house increasing numbers of people, without regard for services or educational programs for those incarcerated. The Times-Picayune reports that in Louisiana, those stuck in local jails on state contracts “subsist in bare-bones conditions with few programs to give them a better shot at becoming productive citizens.”

Incarcerated people find themselves locked in local jails for months, or even up to 10 years in Louisiana, unable to get access to the programs and services that may help them successfully reenter society. For this reason The Times-Picayune says, “Ask anyone who has done time in Louisiana whether he or she would rather be in a state-run prison or a local sheriff-run prison. The answer is invariably state prison.”

It is time to accept the counter-intuitive truth: sometimes the government profits off of mass incarceration. 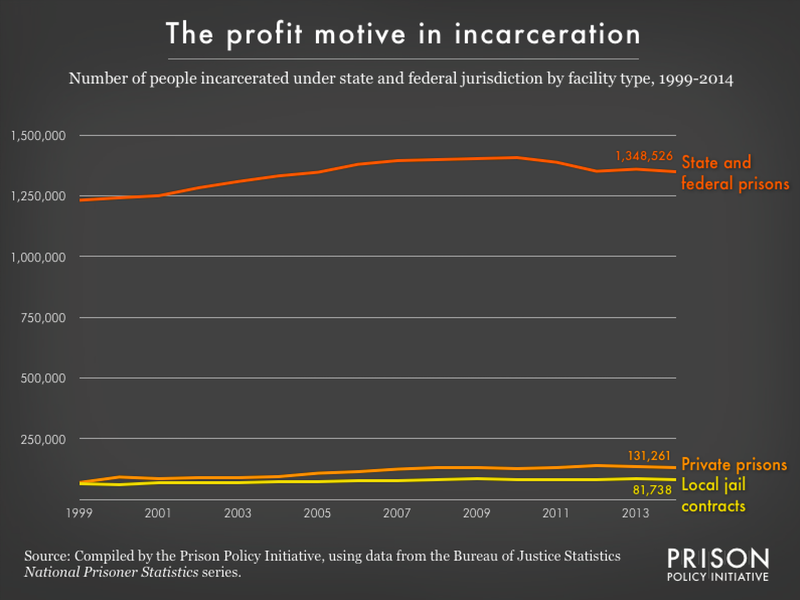