On September 27, Prison Policy Initiative filed comments with the Federal Communications Commission, explaining what the agency should do to lower phone costs for people in jail and address unfair practices in the correctional phone industry.

For nearly two decades, the FCC has worked in fits and starts to address high prices and other problems with communications services in jails and prisons. In May, the commission slightly lowered rates for some callers and announced its intent to further revise the rules applicable to the phone companies. This week was the deadline for parties to file comments on the next round of new rules.

Our comments provide the following new evidence to help guide the FCC’s decision-making:

We also make several legal arguments, urging the FCC to:

Several other allies filed comments as well. Replies are due at the end of October, and it will likely take the FCC months or even years to issue new rules. 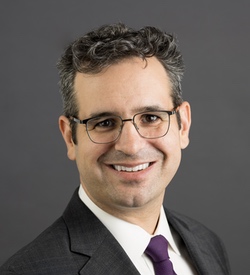 As people in jail and their families struggle to stay connected during the pandemic, we’ve collected the data on the exploitative prices families are forced to pay in Wisconsin for phone calls with incarcerated loved ones. This data already sparked an investigative report last month in the Appleton Post-Crescent.

People in jail in Wisconsin are charged different rates for phone calls depending on where they are locked up. In some jails, rates are as high as $14.77 for a 15-minute call–nearly a dollar a minute. The revenue fills the coffers of jails and of their corporate partners (who actually provide the phone service), Post-Crescent reporter Chris Mueller explains:

Meanwhile, the people who pay are low-income, working-class Wisconsin residents:

“I don’t know anyone who has an incarcerated loved one who doesn’t work more than one job,” said [Peggy] West-Schroder.

West-Schroder would typically spend at least $20 a week on phone calls, though that amount would vary if her husband was transferred to a different facility or, for whatever reason, had limited access to the phone.

TMJ4, a Milwaukee news station, recently ran another powerful story about the consequences of making jail phone calls expensive. The story focuses on a woman named Ouida Lock, who has two sons in prison, and was forced to spend nearly $6,000 on phone calls over eight years. As Lock says in the story: “I can’t even fathom how much money has been spent. I know I could have bought a house by now.”

The TMJ4 story notes that costly jail phone calls have hit Black families especially hard: Black people in Wisconsin are not only overrepresented in prisons and jails; they also face the highest racial wealth gap in the country, with a Black worker earning “42 cents to every white dollar.”

Our data on Wisconsin and further resources

We’ve shared our full data set about Wisconsin jails in a table below, revealing how much money 30 county jails charge for phone calls, as well as how county jails and their phone providers split the revenue.

We also encourage readers in Wisconsin to explore our other resources on jail phone calls, including:

Phone rates and commissions in Wisconsin county jails:
A sample of 30 counties