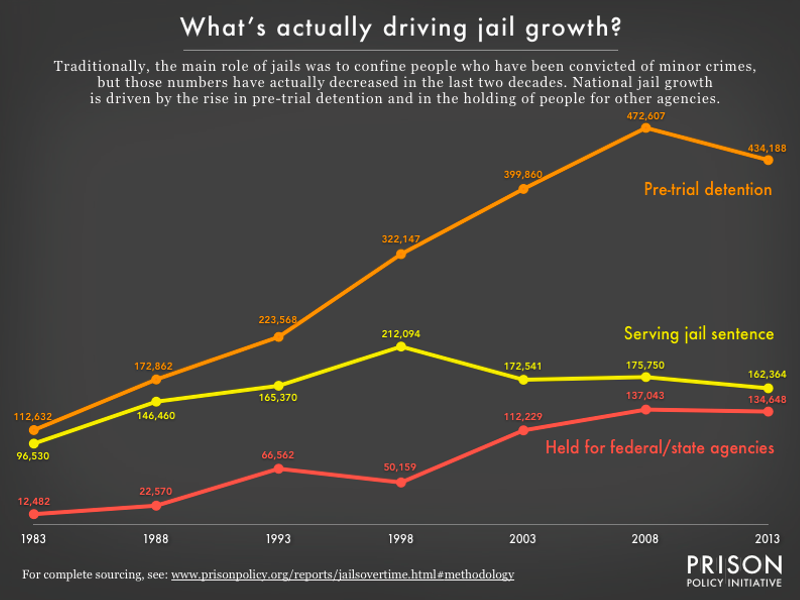 Data Source: Compiled from multiple Bureau of Justice Statistics datasets. See our report's methodology for all of the details. (Graph: Joshua Aiken, 2017)

This graph originally appeared in Era of Mass Expansion: Why State Officials Should Fight Jail Growth.

Traditionally, the main role of jails was to confine people who have been convicted of minor crimes, but those numbers have actually decreased in the last two decades. National jail growth is driven by the rise in pre-trial detention and in the holding of people for other agencies.