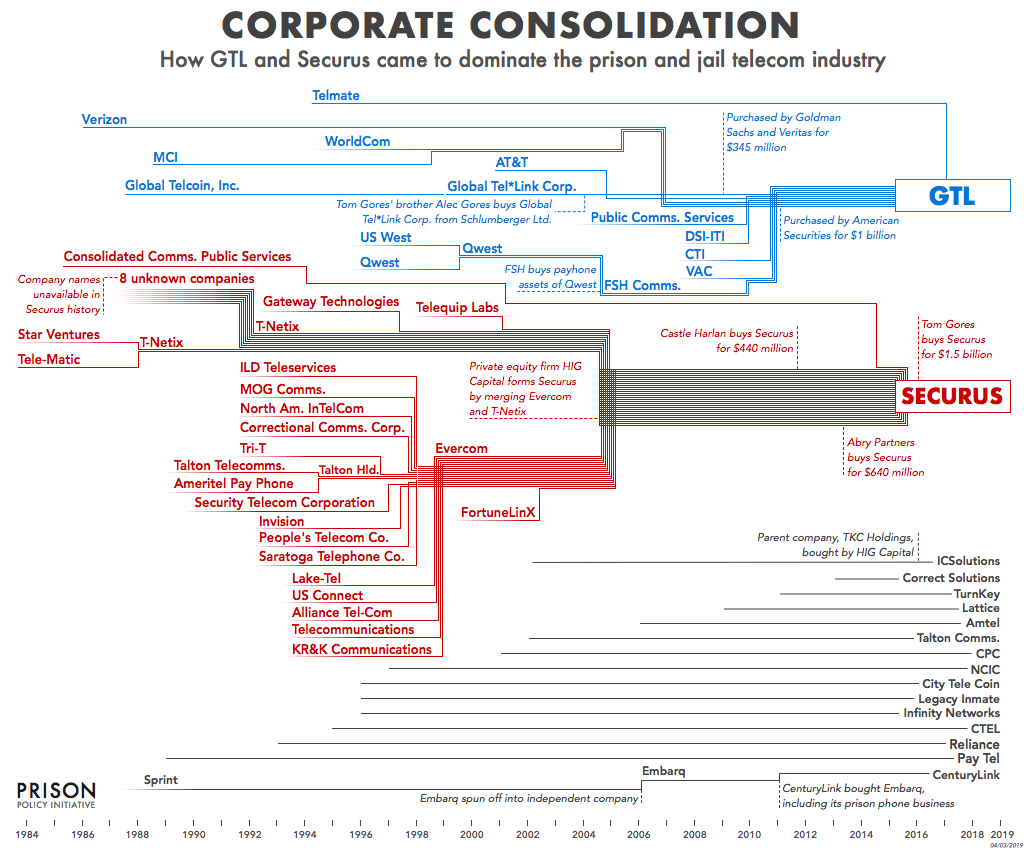 Data Source: Our timeline of consolidation in the industry is built upon reviewing every document we could find and a select number of interviews. The raw data and our notes on sourcing for transaction or change in status is in Appendix 8. Where ever possible, all dates in the visual are accurate to the nearest quarter year. Because it was not always clear when these privately held companies were founded or when they entered the prison or jail phone market, we choose to represent start dates that we were not sure about with a faded line. We used a break in the line to represent companies’ name changes. We did not include some very small companies, such as Michigan Paytel and American Phone Systems, some of which appeared to have substantial business relationships with large phone companies. (Graph: Alexi Jones, 2019)