Home Page > Blog > The Idaho prison tablets “hack” is a lesson in how...

Stories about prison tablets are becoming more common. We offer tips to newsrooms for covering this issue fairly.

This month, while we were uncovering the hidden costs of JPay’s “free” prison tablets, people incarcerated in Idaho were discovering something else: a way to “hack” JPay’s software to transfer credits to their own accounts.

It’s never certain how a story like this will be covered in the news, or how readers will react. But on Twitter, readers overwhelmingly sympathized with the “hackers” behind bars: 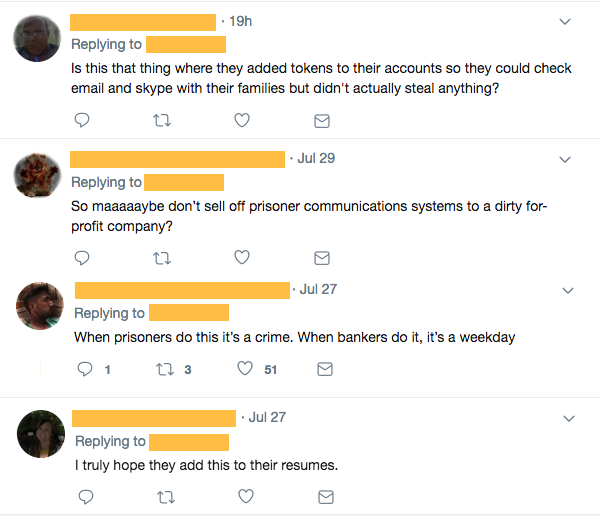 We tip our hats to readers who intuitively put this story into perspective. However, some news sites missed the point, with headlines like “Prison inmates hacked into tablets to steal nearly a quarter-million dollars,” or “Inmates ‘Hack’ Prison-Issued Tablets, Swiping $225,000 in In-App Bucks for Music and Games.”

For newsrooms covering prison tablets, we have some suggestions:

Finally, a general tip for covering the prison business: Talk to incarcerated people and their loved ones. For those forced to use JPay, the big story may not be the “exploitation” of vulnerable software, but the company’s ongoing exploitation of vulnerable families.